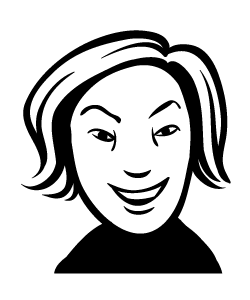 If your factory is busy, then you know the importa …

As a homeowner, it is imperative to make sure that …

Good lighting is essential for creating a conduciv …

An extension cord can help you extend electricity where you don't have an outlet. However, the usefulness of the extension cord will not help you much if you use a dangerous cord that ends up burning your house down or giving you a nasty shock. Here are some signs that mean you are dealing with a dangerous extension cord:

The Cord Has Damaged Insulation

The insulation of the electrical extension cord, which is the outermost layer of the cord, is the primary protective material shielding you from the electricity the cord carries. This means a damaged insulation exposes you to various electrical risks, such as shock and electrical fire, and call for the replacement of the cord. Common signs of insulation damage include nicks, cuts, and cracks. They can be caused by different things including constant foot traffic on the cord, passing the cord in tight places or nailing the cord to the wall.

The Cord Is Constantly Overheating

Another sign that it may be time to replace your cord is if it feels too warm to the touch. This is especially true if the cord is exposed to the air; meaning is not covered up by anything such as a rug. In such a case, the only thing that is making the cord feel too warm to the touch is overheating due to an overloaded capacity. In simple terms, it means you are forcing the cord to draw too much electricity than it can carry, which is a clear risk for cord damage and electrical fire.

The Cord's Plug Is Loose

A loose cord is one that is not attached firmly to its plug. In some cases, there may even be noticeable space between the end of the cord and the plug, giving the plug some wiggle room. This is a dangerous extension cord to have because the wiggling can cause electrical sparks and the space between the two parts of the extension may lead to electrical shock. A common cause of this problem is the habit of yanking the extension out of the outlet using the cord rather than holding the plug.

The Cord Has Been Patched

Lastly, you should also get rid of any extension cord that has been patched up. Any cord that is wrapped in electrical tape, cut and joined or connected to other electrical wires to increase its length is dangerous for your use. The patches or DIY improvisations can easily fall apart without notice and become an electrical hazard.

Note that an extension cord should be a temporary measure for getting electricity to where it is needed. In the long-term, you should consult an electrician to help you extend the power in a more permanent way, for example, by installing an outlet. Contact a service, like Street Brothers Electric, for more help.